The Hit Men are five brilliant musicians and singers who toured and recorded with some of the bigggest names in music. This all-star team performed with stars like Elton John, Paul McCartney, Carly Simon, Sting, Mick Jagger, Frankie Valli, to name a few.

These artists helped many hits rocket to the top, and because they were there, The Hit Men have amazing anecdotes. Keyboardist Lee Shapiro talks about a last-minute twist in the recording session of Frankie Valli’s “My Eyes Adored You.” Lead guitarist Jimmy Ryan recalls the time he recorded with Carly Simon and Paul McCartney paid a surprise visit.

Between them, The Hit Men have recorded more than 85 albums, won multiple platinum awards and earned Emmy nominations. There is no show like this because there’s no group that can match the incomparable Hit Men: 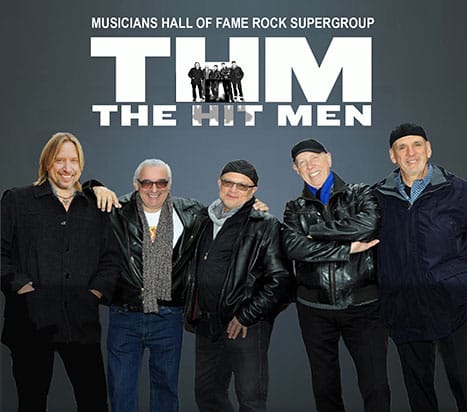