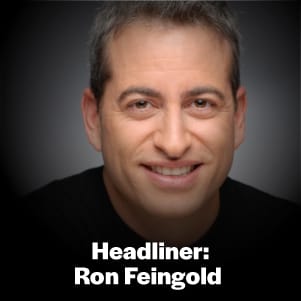 Clermont’s own, Ron Feingold, has one of the most unique shows in the comedy business, combining stand-up comedy and a cappella music in a hilarious hour of music and comedy. Ron’s act is a blend of traditional standup comedy and a cappella music where Ron sings all of his own backup and lead vocals and even vocal percussion. He is a one-man vocal band, relying only on his voice as his sole instrument to create a truly special musical comedy experience! This entertaining headliner is sure to leave the audience feeling that they have experienced the kind of show they will never see anywhere else. He has opened for acts such as Grand Funk Railroad, The Beach Boys, Jazz Vocalist Diana Krall, Loverboy, BJ Thomas, and REO Speedwagon. 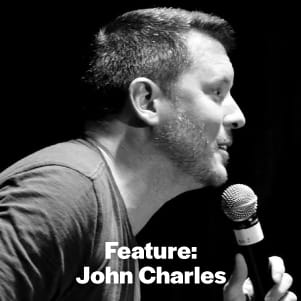 John Charles is a forty-something with a penchant for big ideas and broken relationships, bringing his own signature brand of slacker-chic mentality to his comedy performances. Audiences wail with laughter at his lament of lost love and new hope told through a smooth blend of self-deprecating introspection and high-octane revelations. He has even been featured on the show, “On Air w/Ryan Seacrest.” 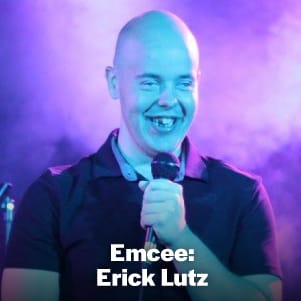 Orlando comedian, Erick Lutz, splits his time between standup comedy and working as a Disney World cast member. When he’s not working, he enjoys playing guitar and going to the gym. What is truly exceptional is that this talented comic does all of this without sight! Come hear Erick entertain the crowd as the Emcee at this month’s edition of Friday Night at the Black Box!