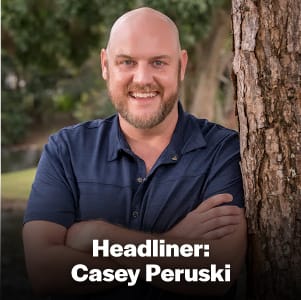 Casey Peruski was born in Detroit, Michigan and grew up in Florida for most of his life. He has been a professional comedian for over 17 years. Casey has had the opportunity to work with dozens of the biggest names in the comedy world like Brian Reagan, Arsenio Hall, Louie Anderson, Dave Coulier, Jon Lovitz, Kevin Nealon, Nick Swardson, Rob Schneider, George Wallace, Tom Arnold and Richard Lewis just to name a few. He also hosts and produced over 500 of his own shows for the last 10 years at many locations like the Sunrise Theatre with his Uncle Spaz known as Casey N Spaz Comedy! Casey was invited to audition for NBC’s “Last Comic Standing,” appeared in the Comedy Central “Contest Up Next,” Comedy Central South Beach Festival Finalist, Florida’s Funniest Finalist and seen on the award winning web series “Labor Days”. He has been guest and creative contributor for radio shows- “The Jerk Show,” “103.1 Morning Buzz” and “Jokerz Comedy Radio.” Always donating his time or tickets for Charity Events, Casey has hosted and produced the last 6 years of shows for Project Lift’s Annual Clam Bake event in Stuart. Also with Treasure Coast Food Bank’s Out Laugh Hunger for the past 3 years and Teacher appreciation day for Jensen Beach Elementary to name a few. 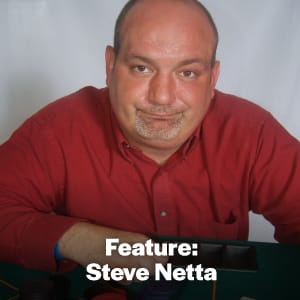 Born and raised in Wilmington, Delaware, Steve Netta has gone from the smallest state to performing with some of the biggest names in comedy. He has opened for nationally known acts such as Brian Regan, Ray Romano, Darrell Hammond, Jeff Dunham, Kathleen Madigan, Bill Maher, Rodney Carrington, Jon Reep, Michael Winslow, and Orlando Jones. Steve has also appeared on MTV and Comedy Central. He currently lives in Tampa, Florida. 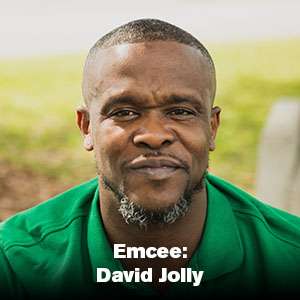 Things have not always been about smiles and laughter for comedian David Jolly. Before hitting the major stages, such as Broadway Comedy Club and The Performers Club in NYC, as far south as the Palm Beach lmprov, Hollywood, FL lmprov and Orlando lmprov; the Florida native did not always have a reason to smile. As a young child, David Jolly's mother struggled with drug abuse which led to him spending part of his childhood in Orange County's foster system. The comedian has often stated his humor along with his now minister's mother's prayer and influence, is what helped him get through the darkest times in his life, from being thrown into a broken foster system and fighting through a coma in 2010. During the bleak moments in life, he used comedy as his therapy and his role models as his doctors. The Taurus's favorite fellow funny guy is listed as, Dave Chappelle. When asked why, his answer always remains the same "I admire Dave Chappelle's uncanny ability to bring stories, no matter how controversial to life in a humorous manner. He really reaches everybody." Today, the father of one uses his adversities as motivation to shine light amongst his audience; not only has he placed second in a "New Faces of Comedy" competition, he also won first place in the "Big D's" comedy competition against National Touring Headliners and features. He has worked with other comedians such as Theo Von and Lavelle Crawford. And most recently toured with Pablo Francisco and frequents the historical Tampa lmprov.